The architecture is built with a microservices design in mind: each component is an autonomous subsystem exposing network interfaces. The core of its development are cloud-oriented and cutting edge technologies, such as Docker and Kubernetes. VirIoT can be discovered and supported on GitHub. 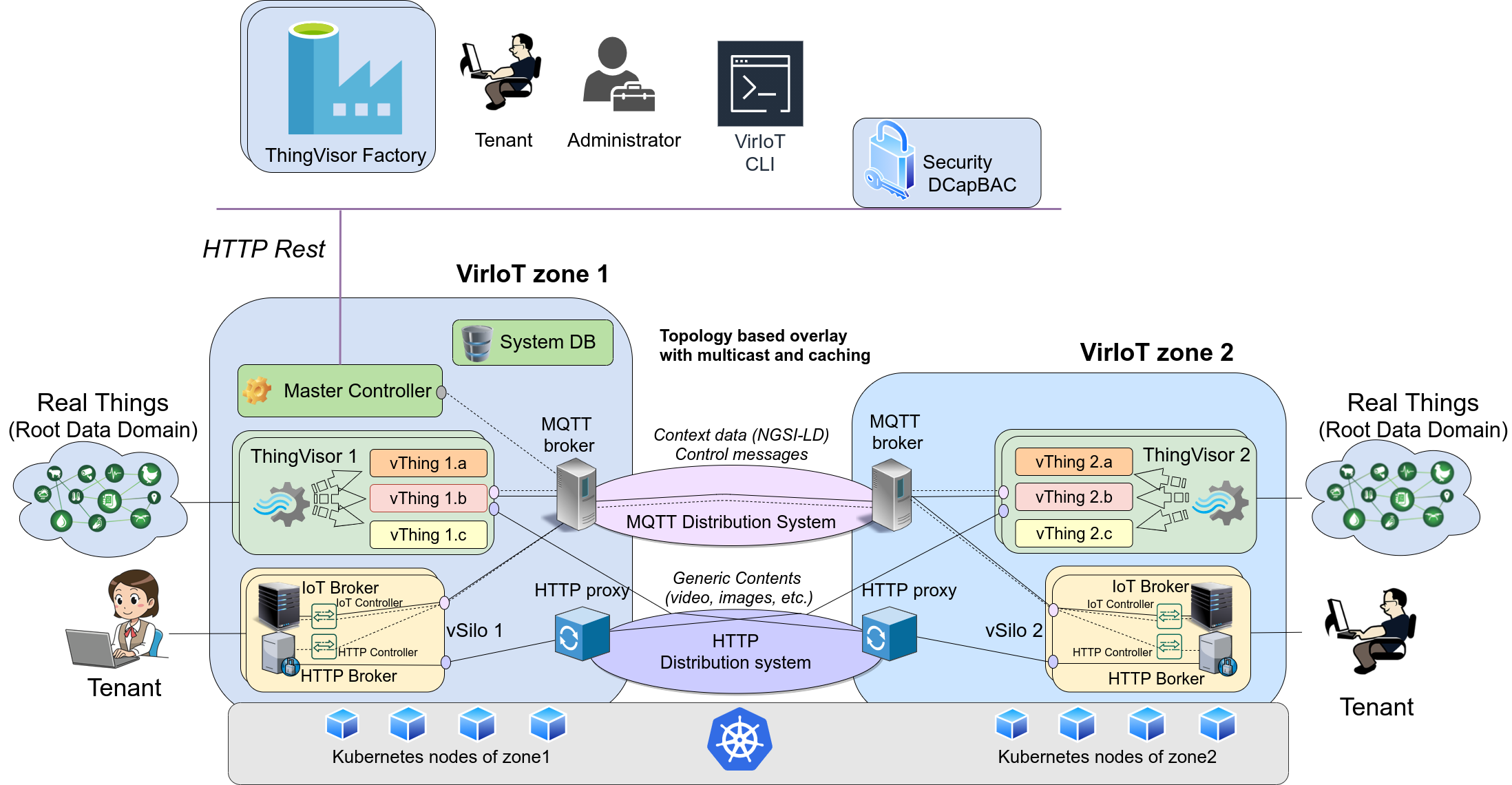 VirIoT is an IoT virtualization platform, which re-uses cloud concepts but adapts them to the IoT world, providing virtual IoT systems, named Virtual Silos, to IoT developers, which are isolated environments formed by Virtual Things and standard IoT Brokers. Virtual Things appear to a tenant as dedicated sensors or actuators that expose their data through a configurable broker technology, including oneM2M, NGSIv2 and NGSI-LD.

For an in-depth analysis of the VirIoT platform, check the following references: